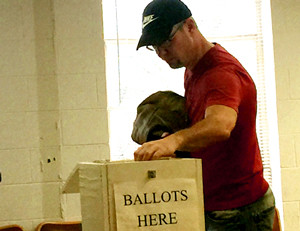 The vote was the final stage of a process that has lasted over five months. when the previous contracts expired in October 2017. “We are all glad to reach a resolution and appreciate Methodist’s efforts to get there,” said Melissa Wells, a registered nurse and member of the union’s negotiating team.

The two agreements cover over 800 nurses and service and technical staff working at MMC. The terms of the three-year deal include an improved health insurance benefit which lowers deductibles and enhances coverage at Methodist. Beginning next year, the plan deductibles at MMC will drop by $500 for single coverage and drop $1000 for family coverage. After meeting the deductible, services performed at Methodist will be covered at 100%. There will also be no increases in health insurance premiums in the first year of the agreement. “This is a big benefit that will put money in our members’ pockets,” said Sondra Bryant, a nurse and union negotiator.

The agreement also institutes an immediate, across-the-board wage increase, additional raises in October 2018 and October 2019, and a ratification bonus. While there were still unaddressed concerns about a two-tier wage plan the hospital proposed, union negotiators did make some improvements on the proposal. “We will track how that goes over the next two years and will be ready to address any issues in our next negotiations,” said registered nurse Linda Mabry.

During the contract talks, union members mobilized by holding two large demonstrations as well as workplace picketing. “Our members were more motivated than I can remember,” said Sarah Englehardt, an LPN at the hospital. “We were tested along the way, but we held our ground.”

The union also reached out to the community and participated in a Workers Rights Board public forum last week. “Our community support was awesome and it was a big boost to our morale knowing that they were with us,” Wells said.

“We have said it all along and it’s true – the employees at MMC are what make the hospital great,” said Brad Rayson, president of SEIU Local 205. “We are glad to have reached an agreement with MMC, are ready to move ahead and will continue to work with MMC management to provide the best patient care to our community.”