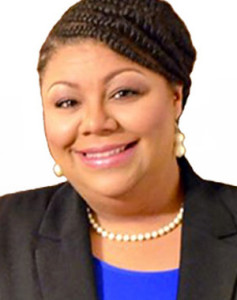 Service Employees International Union (SEIU) Local 205 announces their endorsement of Delishia Porterfield for the Metro Council District 29 special election which is to be held on Feb 12, 2019.

Mrs. Porterfield is a special education coach for Metro Nashville Public Schools and is herself a union member with the Metro Nashville Education Association. She has been an active member of her community serving on the boards of local non-profit organizations working to empower and engage young people through education and mentorship. Delishia is committed to fully funding Metro Schools and supporting Metro employees who do the vital work of keeping the city running.

Porterfield and the other qualifying District 29 candidates were interviewed by a committee of union members who are residents of Davidson County and who work for Metro Government, Metro Nashville Public Schools or General Hospital.

Election Day for the District 29 special election is Tuesday, February 12, but early voting happens from January 23-Feb. 7. Complete information on early voting dates and voting locations is available from the Davidson County Election Commission at 615-862-8800.