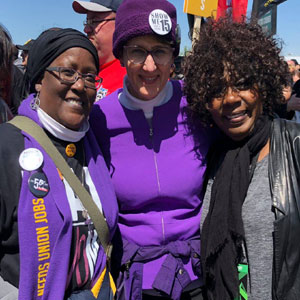 Starting in January, Shelby County employees—including those working in Shelby County Schools—will be paid at least $15 an hour, thanks to a resolution and MOU passed by county mayor Lee Harris and other elected officials.

The move comes after the nationwide “Fight for $15” campaign that SEIU launched four years ago. In Memphis, Local 205 was a key partner in organizing FF15, which multiple events and visibility actions being organized and attended by SEIU members.

Under the new initiative, 340 active county employees will see their pay increase by January 1, 2019.