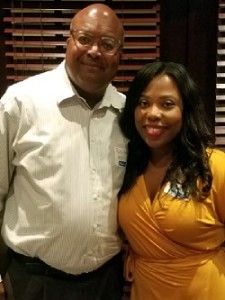 The August 2018 election season saw some pro-labor candidates win their races and SEIU was proud to have supported them.

In Memphis, the union’s endorsed candidate for State Senate, Katrina Robinson, won her primary election. Because Katrina has no Republican opponent in November, she will be the next State Senator for District 33.

After serving as a registered nurse at Methodist Healthcare in Memphis, Robinson went on to found the Healthcare Institute – a vocational training school which has since become the only independently-owned licensed nursing program in the state of Tennessee. Robinson currently serves as chair of the Shelby County Government Ethics Commission and is involved in various government and business program initiatives designed to increase support for minority and women owned businesses.

In the Nashville school board elections, Gini Pupo-Walker, a community organizer and former educator, won her race for the District 8 seat. Gini was endorsed by SEIU and made history as the first Hispanic person elected to the MNPS School Board.

The next major election is the 2018 General Election across the state on Tuesday, November 7. As always, we urge our members and their families, friends and co-workers to vote for pro-union, pro-labor candidates in any party whenever they can. To vote in the General Election, you must be registered 30 days in advance. To register to vote or update your information, contact the state Election Commission or call them at 877-850-4959. If you would like to participate in SEIU's political programs or volunteer on a campaign, contact our political director Jason Freeman.