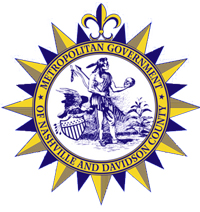 This has been one of the most contentious budget seasons in years due to a revenue shortfall, political upheaval in the mayor's office, and chickens coming home to roost on bad economic policies made by short-sighted politicians over the last decade. SEIU has led the way in fighting for public employees as our members have reached out to their council members by email, phone, and in person. Here's the good news and the bad news about what happened this year and a look at what lies ahead:

THE GOOD: New Raises Go Through + Stability In Employee Benefits

Several improvements did happen for Nashville's public employees as a result of SEIU members' hard work and the support of our allies, including --

THE BAD: The Mendes Budget Fails

As you know, Mayor Briley’s budget broke the existing pay plan and did not include the promised cost of living adjustments for this year or next year. It forced MNPS to cut $17 million from this year’s school budget and kept MNPS employees from getting any raise at all. Mayor Briley blamed the budget problems on an unexpected revenue shortfall. The shortfall was caused by Mayor Barry’s administration allowing the property tax rate to drop last year to the lowest rate in the history of Metro government.

For the past month, members of Local 205 have worked extremely hard to pass a substitute budget through the Metro Council that would honor the commitments made last year, and fully fund the MNPS budget. Councilman Bob Mendes proposed a budget that would have fixed the revenue shortfall by restoring the property tax rate to a historically normal level.

We fought hard and came within two votes of saving the cost of living increases and getting MNPS the money needed to fund employee raises.  In the end, 19 Members of the Metro Council stood with us, speaking loudly and clearly that the commitments they made should have been honored.

Below you can see how every member of Metro Council voted. We urge you to thank the members who stood with us:

THE UGLY: We Will Have This Fight Again Next Year

Unfortunately, because the city did not adjust the property tax rate last year or this year, we will see another massive budget shortfall next year, regardless of the city's growth. Since most of the council members have to run for re-election in 2019, it is difficult to imagine them voting to correct the property tax rate while they are campaigning. The city will also face approximately $125-$150 million in payments on the debt service to the Music City Center (which SEIU opposed).

While we will be working hard over the next year to push major reforms to prevent this from happening, our well-funded opponents from the business sector are also going to do whatever they can to keep your tax dollars flowing into their bank accounts through corporate welfare policies that only benefit them. We expect to be back at this again next spring, but here's a few things we can do right now to strengthen our hand:

To Learn More About the Outcome of this Year's Metro Budget:

Article on the Budget Vote (The Tennessean)