Thanks to ongoing advocacy by SEIU and its members, Metro Government employees in Nashville now receive paid family leave as part of their benefits package.

The new benefit allows Metro Government employees to have approximately six weeks of paid time off upon the birth or adoption of a child, or to care for a seriously ill spouse, parent, or child. The benefit is available for employees who have worked for Metro Government for at least 6 months. Employees did not have access to any paid family leave plan prior to passage. No state law in Tennessee or U.S. federal law currently provides for paid family leave.

The new benefit was made possible due to SEIU's presence and activism on the Mayor's Council On Gender Equity. The Council serves in an advisory capacity to Mayor Megan Barry and "will assess identified gender inequity issues and develop recommended solutions... that reflects the needs of all".

Union members James Staub (Nashville Public Library) and Alisa Utley (Emergency Communications Center) were critical in the final stages of the Council's work by providing testimony about the struggles they face. From the Council's report: 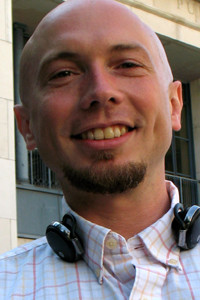 "...When [James'] wife found out they were expecting twins James began to worry about how he would juggle the needs of a demanding career and the needs of his family. They already had a toddler son at home and the juggling act of two working parents was difficult, before the twins. James knew that his boss would be as helpful as possible but he was concerned because he loved his job and he was good at it but he also wanted to be present in his family responsibilities. He was concerned that he would need to use all of his leave time to care for his family and then heaven forbid if he got sick himself he would be out of time and could therefore face disciplinary action."

"Alisa's... mom was diagnosed with late term Leukemia. She was home bound and needed Alisa to take her to all her doctor appointments and treatments. Her Father was blind and had been cared for by her Mother but he too became dependent on Alisa for all of his daily needs. Alisa felt lucky to be able to work the overnight shift so she could care for both of her parents during the day. This went on for 8 years. During that period, the emotional stress of being a good employee and a good daughter was exhausting yet Alisa did it and continues to be a valuable employee to her department today. She says that she wished for flexibility of time so that she could have lessened the toll of caretaking and work."

This is the end result of advocacy, action, and making politics work in favor of working people. Thanks to James and Alisa for sharing their stories with the Council On Gender Equity so that all Metro employees can enjoy this benefit which not only helps them and their families, but also ensures that the public continues to receive quality service.

The paid family leave benefit is the first item acted upon and passed by the Gender Equity Council. The Council will continue to be active for at least two more years.