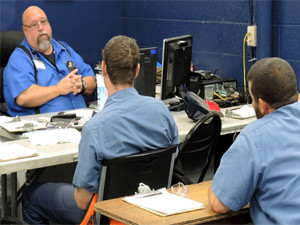 In Nashville, Lincoln College of Technology’s union membership is currently above 90% density and because of that solidarity, when the union files a grievance or requests a meeting, Management has little choice but to comply.

Several recent grievances, two of which had to do with workplace safety, were won by the union in fairly short order and as a result, both instructors and students are in a safer environment.

In another instance, the union filed a grievance on behalf of all instructors when Lincoln refused to pay them for on-line training they had taken. The contract said that instructors would get $35 per course, but Lincoln said they had changed the program and would not pay. The union contract required Management to meet with the union before making any changes to the program, which the college had not done. After the union requested arbitration, Lincoln settled the grievance. Some instructors received over $400 in what was dubbed “Operation Christmas Bonus.”

“We have been able to win some grievances that put over $20,000 in members pockets,” said Lyman Parsell, Lincoln's chief union steward.