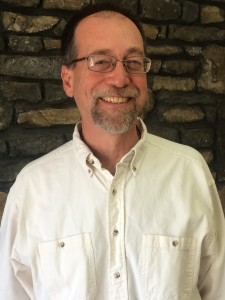 At the January meeting of the SEIU Local 205 Executive Board, Brad Rayson was sworn in to succeed Local president Doug Collier who retired effective Jan. 31. Brad, a native of Knoxville, has served as the local’s senior staff representative since 2013 and will now serve as president until the next Local election and convention in November, 2016.

Well before he served on the staff of Local 205, Brad had decades of experience in the labor movement. In his formative years, he watched his father represent the United Mine Workers of America (UMWA) during a tumultuous period in the labor movement. Inspired by the work his father did and the people he represented, Brad decided to study labor law, doing his undergraduate work at the University of Tennessee and then moving on to law school at American University in Washington, D.C. While studying to get his law degree, Brad also worked as a clerk in the UMWA’s legal department. After graduating, he practiced labor law in Nashville before returning to the Mine Workers in 1987. While serving as a staff attorney for the UMWA in Virginia, Brad met Doug Collier, who at the time was working as a field representative.

In the late 80’s, Brad assisted union workers through some critical struggles in the West. A major strike in Montana and Wyoming taught Brad the importance of solidarity and direct action by workers in winning the day. “The law is extremely important, but the truth is that labor law is stacked against workers in the U.S. today,” Brad says. “The real power workers have is through organizing people and using that power effectively.”

After his time with the UMWA and then a four-year stint in the Pacific Northwest with the Teamsters, Brad made his way back to Knoxville, where he took a job with the union UNITE as the district director for the Mid-South District of the Southern Regional Joint Board. His territory included Tennessee, Kentucky, Alabama, and Mississippi and he represented workers that did everything from making auto parts and clothing to working in warehouses, mills and industrial laundries. Brad believes that his time with UNITE (which eventually affiliated with SEIU into a new union called Workers United) was the most productive in his career. “We didn’t have a very large staff or a lot of resources so I got to do a lot of things I might not otherwise do,” Brad recalls. “Instead of doing legal work full time, now I was organizing, bargaining, meeting elected officials, working on campaigns… it really helped me become more well-rounded and to get a better appreciation of all the nuts and bolts that go into operating a union.”

When asked what direction he sees Local 205 going in the future, Brad remembers the lessons about unionism he’s learned over the years. “I feel that a union's true strength lies with its members and helping them fully explore their potential not just as activists, but as people. We can’t just rely on legal strategies and lawsuits to survive in a state like Tennessee, which is hostile to workers. We need to help people develop their skills and become the best leaders they can be. We have great talent, experience, and energy in our Local and we have to use all the different tools at our disposal to help grow our Local and our movement.”