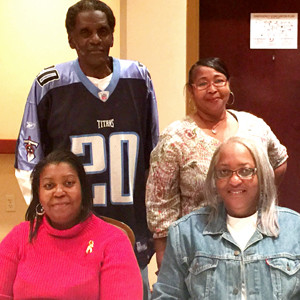 Local 205 reached a new three-year contract with Medegen Medical Products, which is based in Gallaway, TN. The agreement was overwhelmingly approved by the membership.

“We got some of the biggest raises in our history,” said chief steward Lonnie Winston. “On top of that, we got our raises negotiated now instead of having to go back to the table each year for wage re-openers.”

The company came after employee PTO (paid time off), wanting to cut the amount of hours employees get each year and restrict its use. “There was no way we were going to let them take our PTO, and the company knew that,” Winston said. In the end, Medegen dropped their idea to cut hours, and backed off many of their other proposals on PTO. The contract also includes improved contract language, a new pay scale for forklift drivers, and reduced insurance premiums for employees participating in wellness checks.