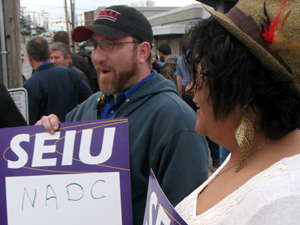 Regarding wages, SEIU negotiated a $2.45 increase for instructors over the term of the agreement. Language specifying how a possible second shift in the body shop would be scheduled was included in the contract as well as protections to limit the amount of time an employee would have to work over his assigned schedule. There was improvements for funeral leave, sick leave, and stronger language to recognize seniority.

The SEIU bargaining committee was made up of Tim Lewald, Jeff Baker, Earl Fields, Paul Losh, and Jason Black. The new agreement expires in 2017.